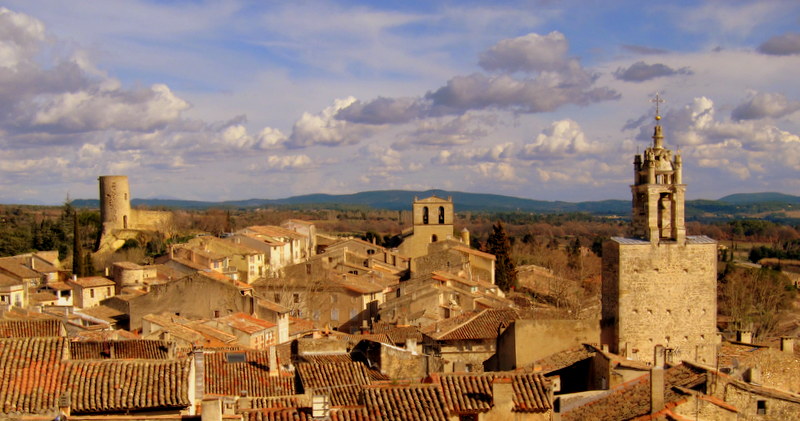 The medieval village of Cucuron is situated at the foot of the Luberon mountain's southern side, half an hour's drive north of Aix-en-Provence. Avignon, Arles, Iles-sur-la-Sorge, Gordes, Roussillon, Les Beaux and Marseille on the Mediterranean Sea and the airport are all only 1 hour away.

On a Saturday at the end of May each year, the village celebrates the victory over the plague in 1720 which almost halved the villagers from 3900 to approximately 2000. A large tree is felled and carried on the shoulders of villagers with a young boy sitting on top. 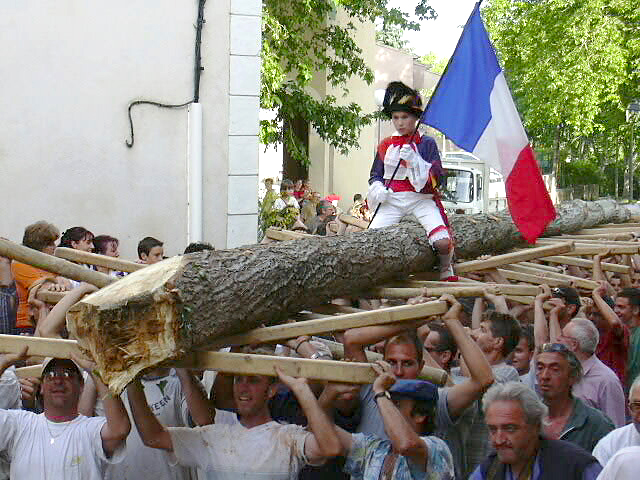 The Etang (village pond) in Cucuron is the main meeting place for locals, and it's here the Tuesday morning market takes place. It’s a typical local Provençal market, which tends to grow out of all proportions during the summer.
Here is also the main cafe located, one of the 2 hotels and 5 of the 8 restaurants in the village. The town's only cash machine is open until 22.00. The tourist office is also nearby (next to the libriary); as are also the pharmacy, the post office,  the Cinema and the Children’s playground.

On a side street, the village butchers is located and Cucuron can also boasts of 3 bakeries and a large SPAR supermarket with lots of fresh produce. SPAR tippled it’s surface area to 300 sq.m. in 2011 and has of course good standard wines, but Cucuron's wine cooperativ has a large outlet just 50 m down the road.

Here you buy newspapers, magazines, guide books, maps, tobacco and confectionery. Here you can also get documents photocopied or sent off as fax. The village has also 2 hair dressers and a few shops selling local provencal products like textiles, pottery and souvenirs.

Cucuron's location at the foot of the Luberon Mountain (Mourre Negre in the background at 1125 m above sea level), and surrounded by vineyards makes it unique as a base for hiking and cycling. 4 neighboring villages are situated in different directions (nearest: Vaugines, 2 km. north-west, Ansouis 4 km south, Cabriere d'Aigue 6 km east and Lourmarin 8 km west). Etang de la Bonde is only 5 km. eastwards and offers a 400 meter beach and good conditions for swimming (more than 500 meters accross, one way). On the lake front, you have 2 cafes.
Cucuron also has 2 tennis courts (book time at the tourist office) and horse riding has become a popular past time in later years (ask tourist office for further information).

Main sights in Cucuron
The tourist office in Cucuron can assist with information and brochures, also regarding the whole region; and they speak English. They can also help you with booking for example tickets, restaurants, bike rentals, etc. In the village you will find wireless internet connection (Wi-Fi) in the tourist office and at the Cafe.
The large church is wonderful. Try to find a concert in the church or an evening Mass, it is a great experience. In the street towards the church you will find the local museum (free admission). The museum has two main sections, one with black & white photographs of the daily life in the village at the beginning of the 20th century. The second section is an archaeological collection from pre-historic times (including fossils) and a collection from more recent times (Greek and Roman).

If you go straight through the pottery shop across the street from the museum, you will find yourself in one of the oldest olive mills in Cucuron. Cucuron had in its heydays olive production in 40 olive mills. Today there are only two mills in operation. One is in the city wall on the south-west side, quite near the road to Cadenet and the other is a small modern mill further out in Chemin de Galon. Cucuron has a great bell tower, a partially preserved mediaval city wall and the Castle Donjon, which also includes an art gallery.

Look at more photographs from Cucuron in Google's own public gallery.