Day by day - pick and choose

This section is written mainly for first time visits to Cucuron, and gives an idea of what to expect from the village and the nearby area. It also tries to focus on local highlights, as driving for hours in the summer heat is not really our cup of tea.

The most enthusiastic shoppers could head for the large Friday market in Pertuis before 09:30 (parking becomes difficult from 10.00) or the more posh Friday market in Lourmarin. It may also be wise to fill up with groceries in HyperU on the way back from Pertuis, in SuperU in Puyvert next to Lourmarin or in Cucuron's own Spar supermarket. 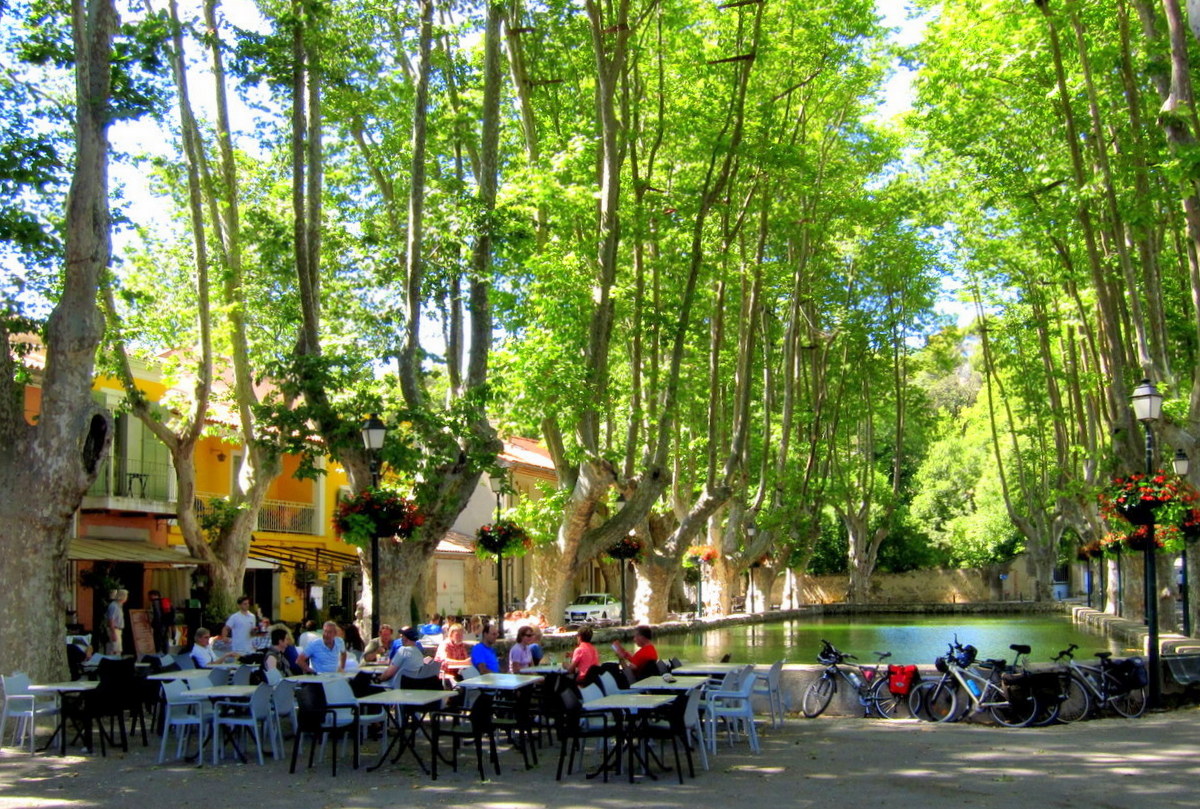 A short walk around the village of Cucuron, however, would probably do for most people on their first day, including taking a coffee at the cafe at the Etang. The really fit could take a jog to the top of the Luberon (over an hour one way in good speed and with a good heart!) or the 2 km. across to the neighbouring village of Vaugines (also with a good cafe).

After lunch in the garden, we suggest taking a siesta as needed. The afternoon could be warm, but a walk through the vineyards westwards to Vaugines (shortest walk is 30 minutes one way, see Luberon Walks under Cucuron), where one can take an ice cream or a drink at the local cafe. 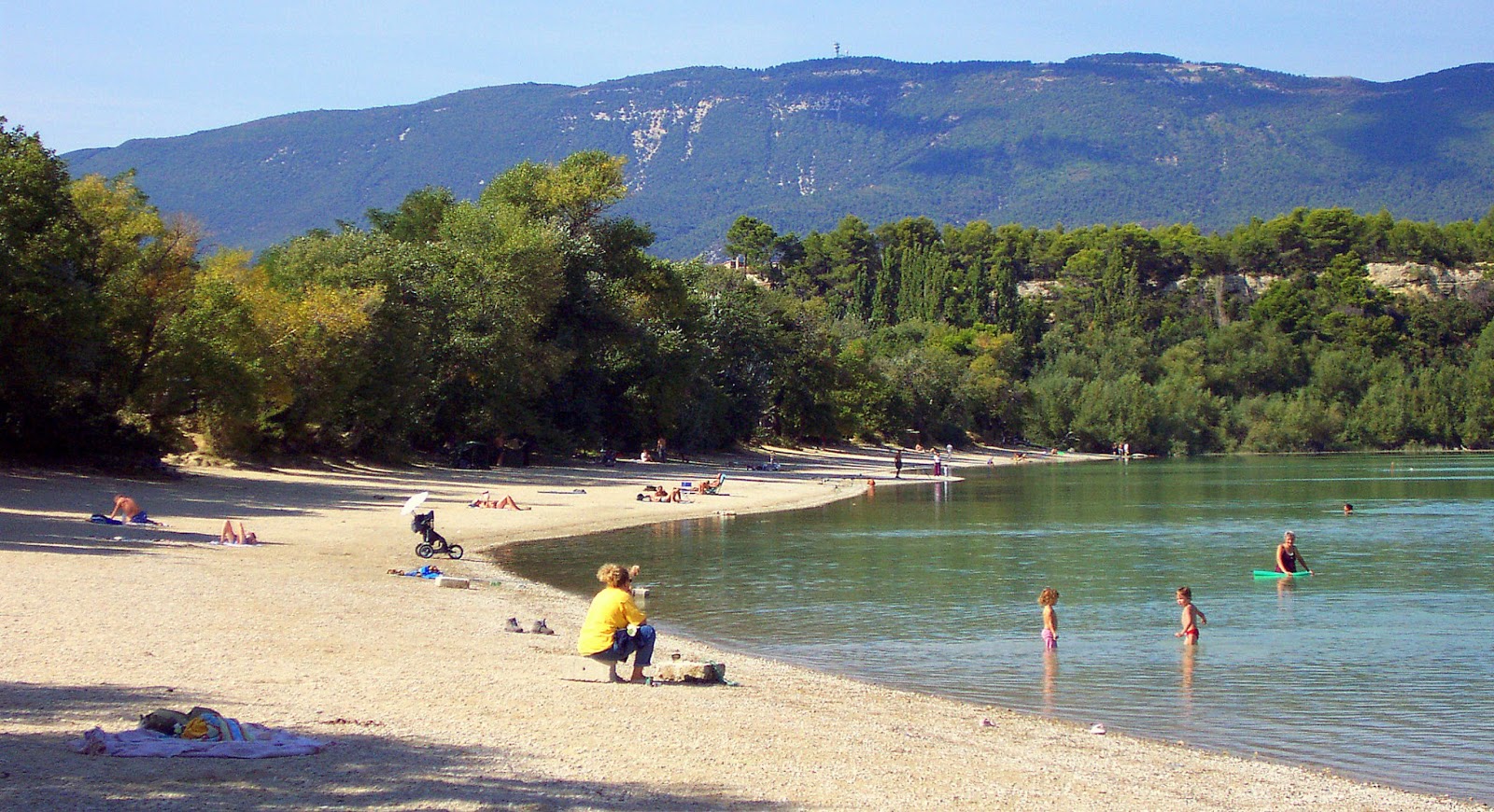 The swimming enthusiasts have probably already been to the Etang de la Bond, just 5 km. east, on bikes or by car. In high summer, we normally end up at the Bond by car around 6pm for a long swim in order to cool down before the evening.  At Etang de la Bond, there are 2 cafes, also serving food at lunch time.


SATURDAY - Luberon, a light start, but with lots of viticulture 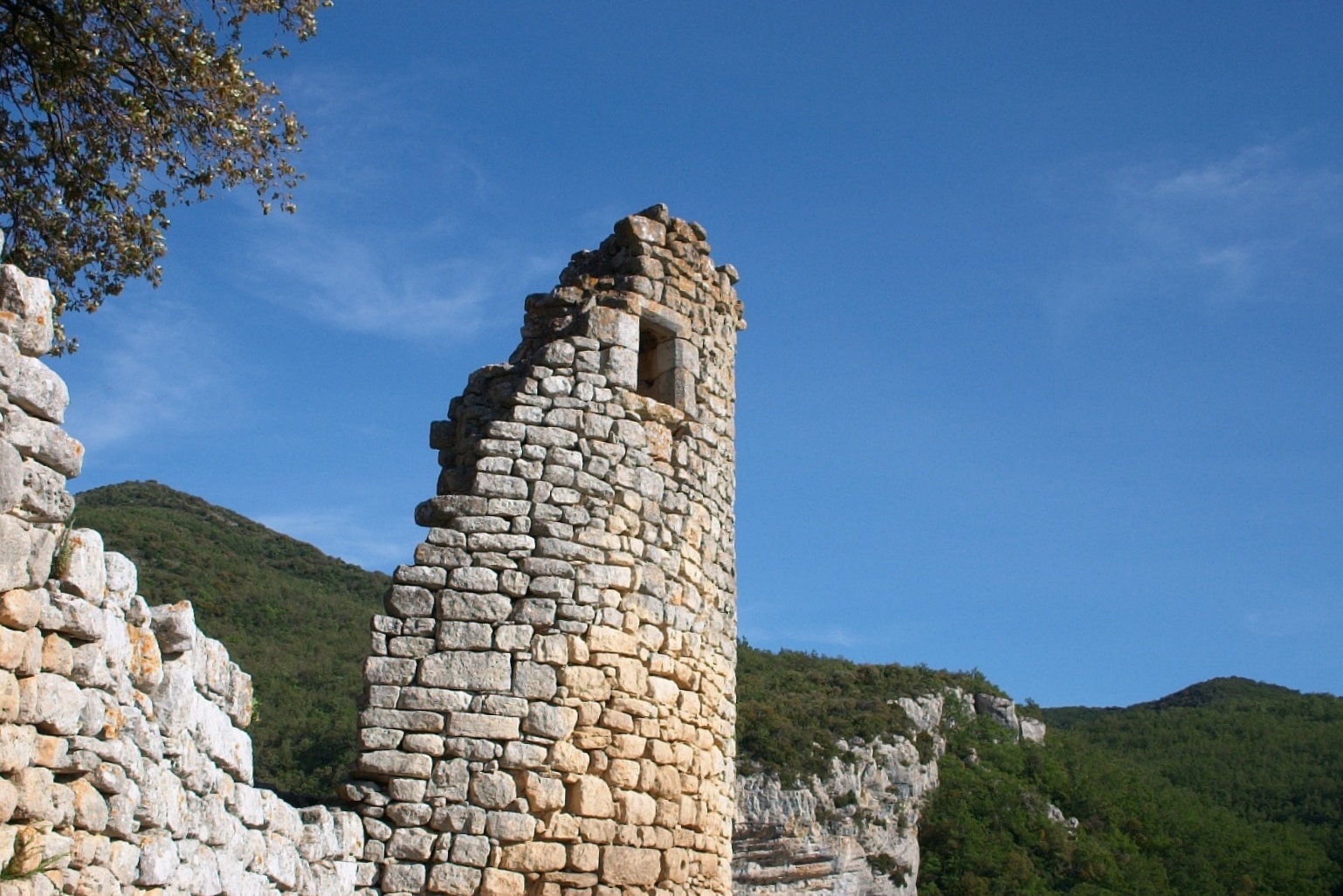 Pack a large picnic lunch with necessary accessories like fresh bread, cheese, cakes and drinks. First, drive up to Buoux, right in the heart of Luberon (just north of Cucuron); via Lourmarin. Here you could take a look at Fort de Buoux and possibly take morning coffees in the Auberge des Seguins (where the road stops).

Then drive on to the village of Bonnieux just after the top of the Luberon, with great views across to Lacoste and the entire north of Luberon. Bonnieux has also a bakery Museum.

Drive 500 meters back to the top of the Luberon and turn right at the highest point. You will be heading out west along the top of the western Luberon (Petite Luberon), and pretty soon the large Ceder forest will appear (follow signs to the Foret de Cedre). Here you can take lunch not far from the car (like most Frenchmen) or walk further inland where the barrier prevents the car from going any further. Nice to bike too. There are also more advanced trails (see map on the notice board).

The afternoon could start with a drive back through Bonnieux, and follow signs for Pont Julien, the Roman bridge over le Coulon just below. But on the way down to the bridge, it may be worthwhile to try (and/or buy) some good bottles of wine in Bonnieux most famous winery: Chateau la Canorgue ( 9-12 and from 14.30 to 17.30).

From Pont Julien, take the main road (N100) west and exit towards Menerbes. In the midst of this beautiful village (where Peter Mail lived when he wrote "A year in Provence") is Maison de la Truffe et du Vin. It has lots of information about wine making, truffle cultivation and the Luberon Natural Park, with maps, plans, interactive displays and specialized books. Special wine store also.

There is a large new winery located just outside Menerbes, on the road west towards Maubec/Robion. Domaine de la Citadelle has a lot of good wine and have built up a large and well known museum of corkscrews (Musee du Tire-Bouchon). Over 1,300 corkscrews are on display including one by a Norwegian artist in reindeer horn. Great place with a large shop and possibilities for wine tastings.

Sundays in France revolve around the main meal at lunch time. For the cook it often means an early start to secure all the right ingredients for the Sunday lunch, and thereafter the long preparations in the kitchen. We would suggest you go out to experience something almost equivalent to a French home lunch on Sunday. There are many such "Ferme Auberge" in the area where you have to eat a set menu with wine and water, all at a reasonable fixed price. See under Restaurants - Luberon area.

Sunday is also a nice day for a stroll in a village of interest, and our neighbouring village Lourmarin is by far the best candidate on the south side of the Luberon with its many galleries, shops and restaurants. If you feel energetic, it takes 1 hour and 45 minutes to walk to Lourmarin (one way), or 30 minutes using the bike.

Sunday is also a nice day for relaxing with an ice cream in the special ice cream restaurant overlooking the entire southern Luberon. It is located just 2 km. south of the beach at Etang de la Bonde, but could be difficult to find. Take the D9 south towards Pertius from Etang de la Bonde, and turn left after approx. 3 km. (signposted for La Tour d'Aigues). But in this very junction you take left again, going up a narrow local road, due north back towards the Etang de la Bonde. Follow this road up to the top and  you see the parking lot for the ice cream restaurant on your left after approx. 1 km. (Follow signs to L'Art Glacier, which has tel. 04-9077-7572).

MONDAY - Full day in the mountains

After a Sunday with so much good food, Monday may be appropriate for a full day in the mountains. We would suggest a walk in the Luberon from Vaugines, but pick and choose from over 20 walks on my Luberon Walks blog. To find the walk from Vaugines we suggest here, simply press Vaugines as starting point and scroll down to the walk called: Vaugines - Grand Luberon - Les Hayes.   Remember to bring at least one litre of water per person plus lunch packs, sun hats and sun protection cream.

Monday is also a great day for walking because most shops in Pertuis and around are closed Mondays. Many of the museums and exhibitions  in the major cities are also closed Mondays. The 2 large supermarkets in Pertuis, on the other hand, are open all days except Sundays.

The mornings could for example start with the Tuesday market in Cucuron. It gets quite big in summer and it's well worth the stroll up to the village for this morning market.

In the near vicinity of Cucuron, there are many wineries that are more than happy to let you sample their products. We would recommend Chateaux Val Joanis (also with a large garden and visitor's shop) up from the main road between Pertuis and Villelaure and Chateaux Turcan (with a wine museum) on the main road between Ansouis and Pertuis. Our own local wine cooperativ has a large modern outlets (with tasting of course) on the corner opposite the library.

A quiet lunch may be recommended under the trees in the garden in Cucuron or at "Salon de The" high up in the neighboring town of Ansouis, which also boasts a large castle and a great gallery in connection with the tearoom.

Cucuron has a local museum just down the road from the Church (the Church is an attraction by itself), which could be worth taking a look at. It contains lots of speciments from old (pre-Roman) and Roman times, and a large photograph collection taken by a former Mayor of Cucuron. The photographs is from every day life in the village around 1900. Cucuron Church is particularly great and wonderful because Cucuron had 3000 inhabitants before the great plague in the early 1700's. The population fell to 1000, but are now getting close to 2000 and rising. (When we bought our first house in Cucuron back in 1999, the population was 1600.)

Link to the Photo Gallery - Calanques from Cassis to Marseille